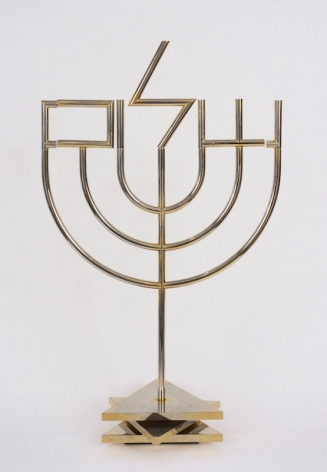 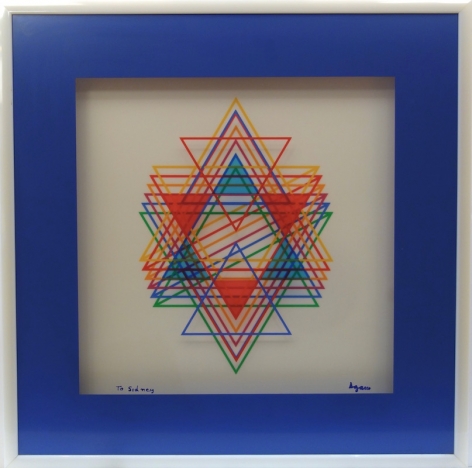 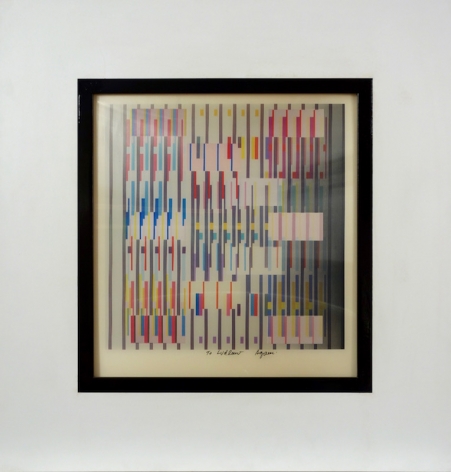 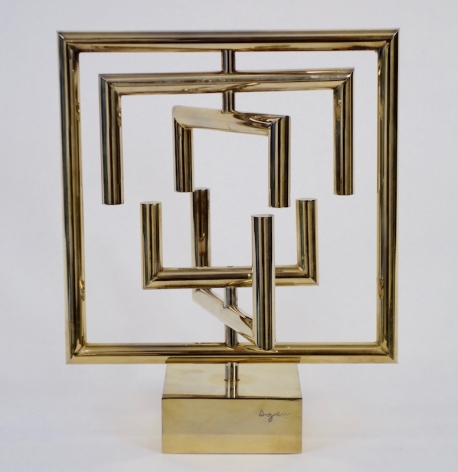 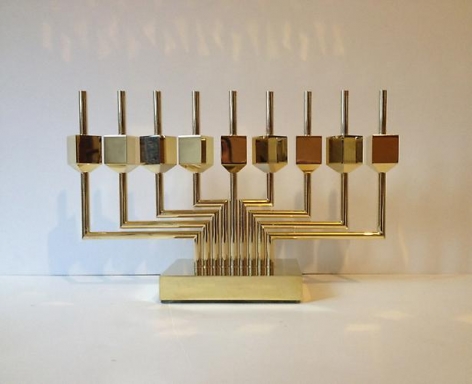 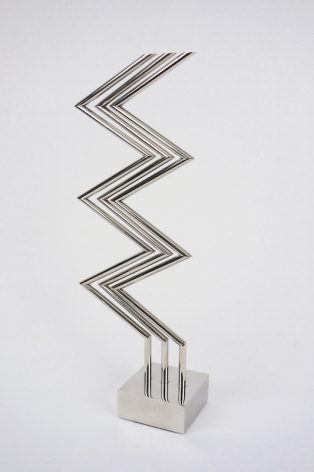 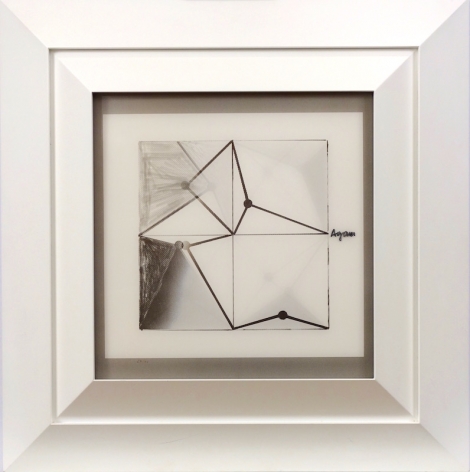 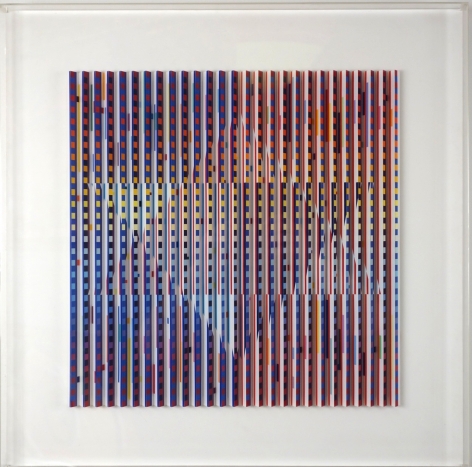 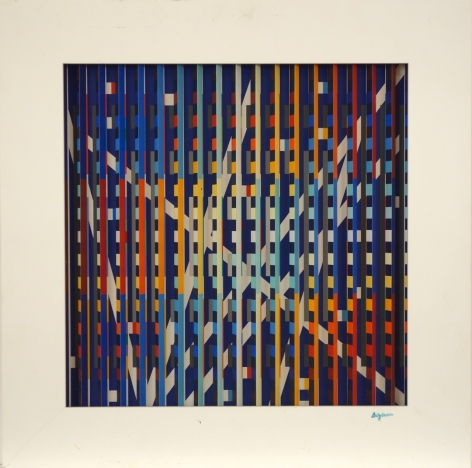 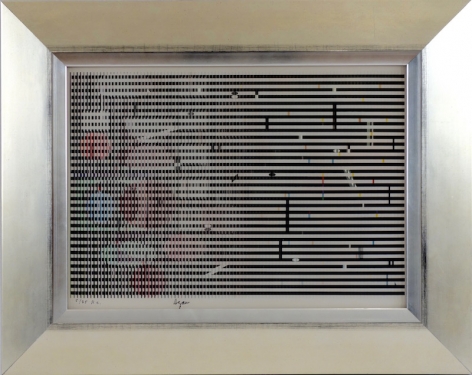 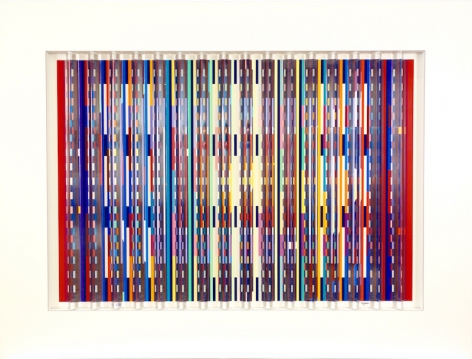 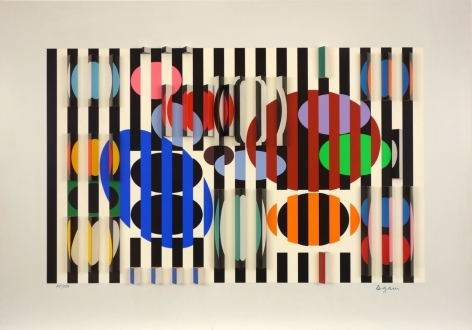 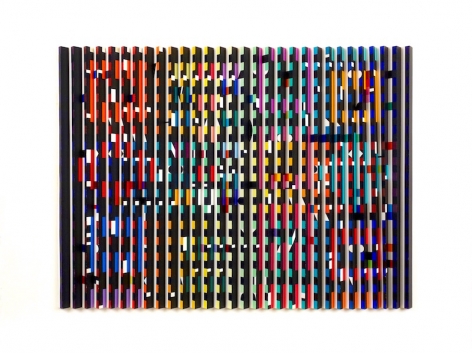 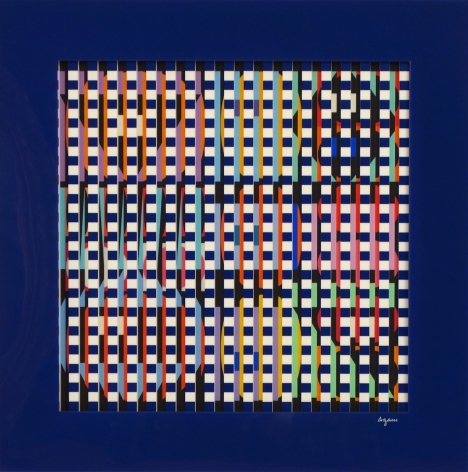 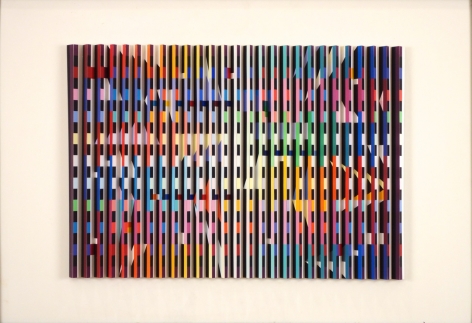 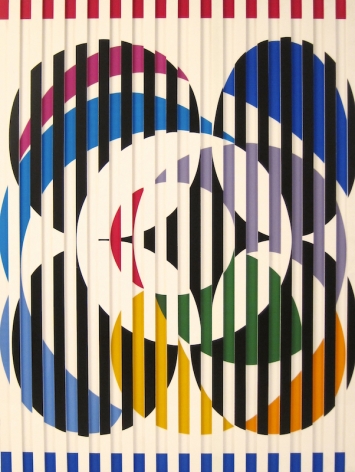 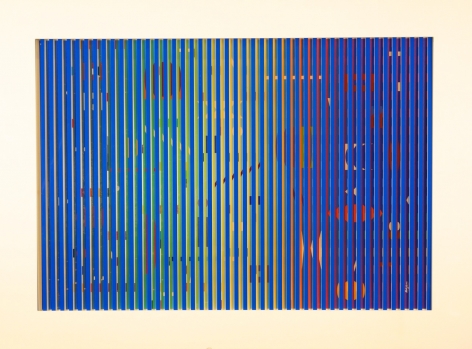 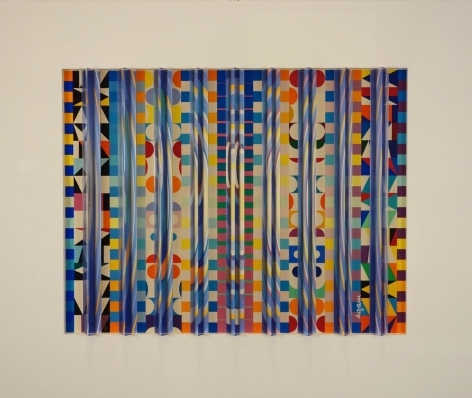 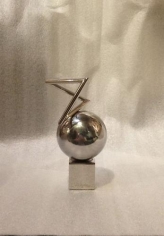 Beloosesky Gallery is interested in purchasing artwork created by Yaacov Agam.
Please call (917) 749-4577 or email us at info@beloosesky.com.

Yaacov Agam was born Yaacov Gipstein in Rishon le Zion, in Israel on May 11, 1928.  His father was a rabbi, a Talmudic scholar and a Kabbalist. The family was poor, and the young Agam received little regular schooling; he studied under a "melamed" in the local synagogue.  He soon realized he could draw.

"I used to come home with drawings, at first afraid of my father's reactions, since drawing was not permitted on religious principles. But on one occasion my father told me a story: that when he was a student at a yeshiva, he made a drawing on a handkerchief and forgot it on his desk. He came back to look for it because he thought the rabbi would punish him for drawing a figure. But later, when he had forgotten the whole matter and was visiting the rabbi's home, he found the drawing hanging upon the wall."

As a teenager, Agam entered the New Bezalel School of Arts and Crafts in Jerusalem, where he studied with its director, Mordecai Ardon.  There they discovered his "astonishing capacity for drawing. But that's a waste of time, mere craftsmanship, compared to the direct spiritual approach" that his early exposure to Talmudic and Kabbalistic study had taught him.

In 1949, he journeyed to Zurich to study.  He traveled throughout Europe, where he filled notebook upon notebook with drawings and sketches of Western art and architecture.  In viewing the art of the past, he became obsessed with the idea of inventing a new artistic mode of expression that would reflect the present. In 1951, he settled in a studio in Paris where he discovered the world of galleries and dealers, of bohemian cafes and intellectuals and artists.  Then he himself was discovered. He received his first one-man show, the first recorded one-man show of kinetic art, in 1953.

One of the artistic phenomena of post World War II Europe, he is a leader in the world of experimental art.  Agam's works are found in virtually every major museum. His commissions adorn buildings, monuments and vistas from the headquarters of the European Parliament in Strasbourg, France to the unique Agam Room in the Louvre in Paris, as well as Hadassah Hospital at Ein Karem in Jerusalem and the Port Authority Bus Terminal in New York.  The French, German and Israeli governments have commissioned him.

Agam is one of the best-known artists Israel has produced.  His work can be divided into three categories: contrapuntal paintings that change color and form as the viewer moves; transformable objects that contain elements whose patterns can be altered by the viewer; and tactile constructions that vibrate, move or give off sound when touched.  Agam will use a palette of up to 180 colors for any given painting--so many hues that few photographs can reproduce the fine gradations in shade.

While many critics have declared Agam a major contemporary artist and esthetic theoretician, other critics have just as loudly denounced him as being a cold technician, a pale imitator of the Mondrian of the 1940s, a pretentious idealogue. Scientists are as well equipped to judge his work as are art critics.  They say, and at the same time assert that his "research" has led him only to rediscover visual tricks that have been known since the Renaissance.

The ability to enrage is often as vital a talent as the gift to engage and delight, however.  Only skeptics resist the magician and perhaps that is why Agam insists that his visual sleights of hand are for children of all ages. Standing before the shifting, glittering surface of a work by Agam, it is difficult not to experience the childlike surprise of discovery, and perhaps that is the Kabbalistic secret of his success.