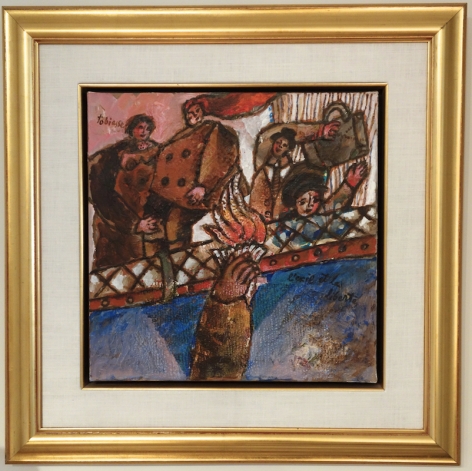 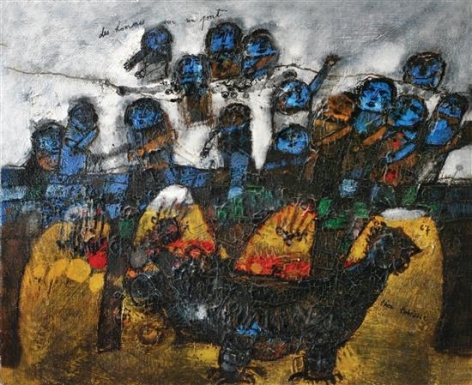 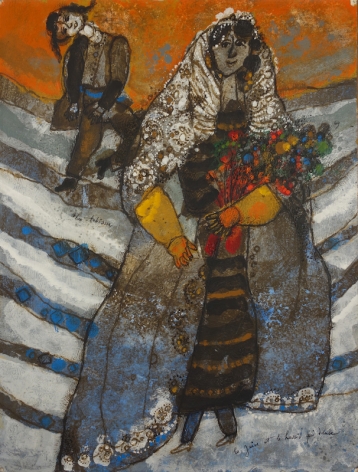 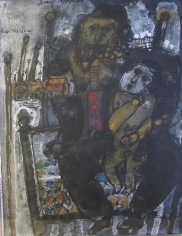 Beloosesky Gallery is interested in purchasing artwork by Theo Tobiasse.
Please call (917) 749-4577 or email us at info@beloosesky.com

Theo Tobiasse (French, 1927–2012) was a painter, illustrator, and sculptor. Born in Jaffa in Mandatory Palestine (today, Israel) to Lithuanian parents, his family returned to Lithuania, and later relocated to Paris in 1931. Tobiasse lived in hiding during the Second World War to escape persecution by the Nazis. Following the liberation of Paris, he began his career as a graphic designer, and also created tapestries, stage sets, and window decorations for Hermes.

In 1950, Theo Tobiasse obtained French citizenship and moved to Nice. In 1960, his work was first shown at the Palais de la Mediterranee, and was awarded first prize. He then received the Dorothy Gould Prize in 1961, and devoted himself to painting full time a year later. Tobiasse spent the next several years exhibiting in cities such as Geneva, Montreal, Tokyo, London, Zurich, Los Angeles, and New York. He also experimented with the color and texture of oil paint, as well as with gouache. He developed a highly personal iconography, drawn from his memories as a child in Lithuania, and exploring themes of exile and the Holocaust.

In the 1970s, a visit to Jerusalem inspired him to reconnect with his Jewish roots. He later created his first stained-glass work for the Jewish Community Center in Nice. In 1976, he moved his studio to Saint-Paul-de-Vence, where he continued to explore lithography, pottery, sculpture, and engraving. During this time, his main subjects included cities he had lived or spent time in, biblical themes, and female figures.

Theo Tobiasse continued to travel throughout the 1980s, and began splitting his time between New York and Saint-Paul-de-Vence. He also experimented with new techniques, including mixed media on paper, collage, acrylic, and oil pastels.

At the time of his death, he received an homage from the minister of culture and the deputy mayor of Nice.