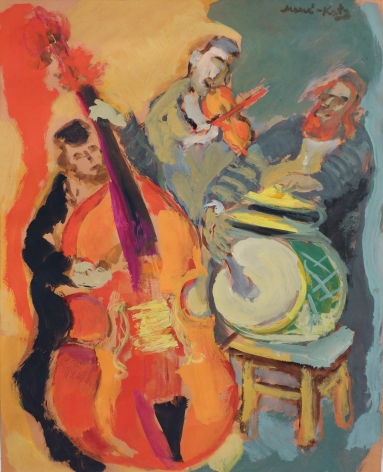 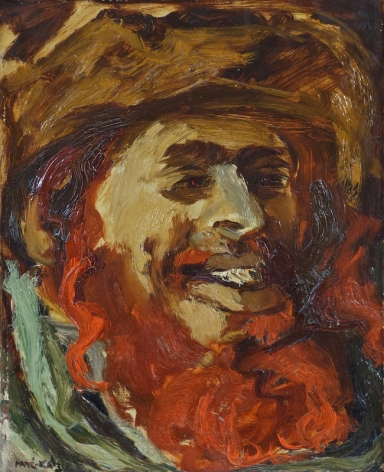 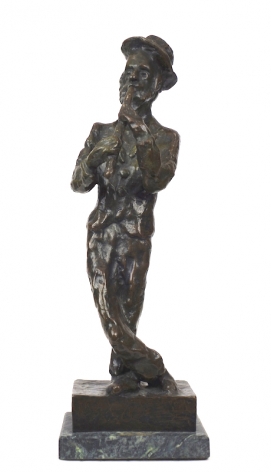 Beloosesky Gallery is interested in purchasing paintings by Mane-Katz.
Please call (917) 749-4577 or email us at info@beloosesky.com

Raised in an orthodox Jewish family in Russia, Mane-Katz was born in the Ukraine and became an early 20th-century artist, known especially for portraits and paintings with Jewish themes.  From childhood, he had been influenced by stories of Jewish mysticism, which was reflected in his paintings.

During World War I, he tried to join the Foreign Legion but was rejected because he was too short.  He went back in Russia again, this time joining the Soviet Revolution but rejected the cause because he was so horrified by Josef Stalin.   He worked briefly for the Russian ballets, and in 1921, he returned to Paris where in 1927 he took French citizenship.  For the next twelve years, he traveled widely, showing his art work and doing many paintings.

In 1939, as World War II was breaking out, he was drafted by the French and then was taken prisoner by the Germans.   He escaped and went to the United States and remained there until 1945, exhibiting his paintings at Katia Granoff Gallery and Wildenstein Gallery.  After the war, he returned to Paris where he had exhibited in the Salons.  In Paris to the end of his career, he worked happily, painting hundreds of portraits of rabbis and works of Jewish symbolism.  In this way, it is thought he was to satisfy his father, who had wanted him to be a rabbi.  During these last years, he also resumed intense travel, going to Brazil, Japan, Israel and Argentina as well as throughout Europe.

The Mane-Katz Museum is in Haifa, Israel at a mountain top villa that was once the home of the artist.

Biography from the Archives of AskART

Mané-Katz was an important member of the "School of Paris" (Ecolé de Paris) - a group of young artists, many of them Jews, who arrived in Paris from Eastern and Central Europe at the beginning of the 20th century. They changed the face of art in France between the two world wars, and quickly participated actively in the avant-garde, taking a prominent role in establishing Paris as the capital of the art world, filled with new and extraordinary creative power.

The Mané-Katz Museum, located on Panorama Road overlooking the magnificent view across Haifa Bay, was opened in 1977 in the home of the artist, where he lived and created during the last years of his life. The intention of the Museum is to introduce the public to a culture that extends beyond the boundaries of the time and place by which it has been nourished and influenced, and on which Mane-Katz left his own impress. The Museum is thus a cultural centre that offers the public a range of lectures, events and encounters with noted specialists in cultural research and production.