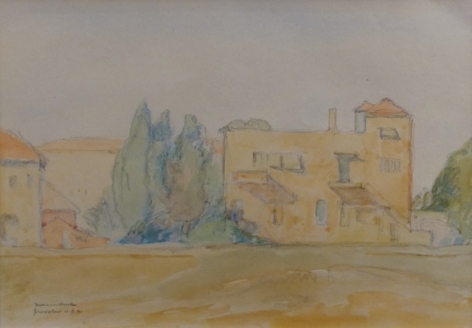 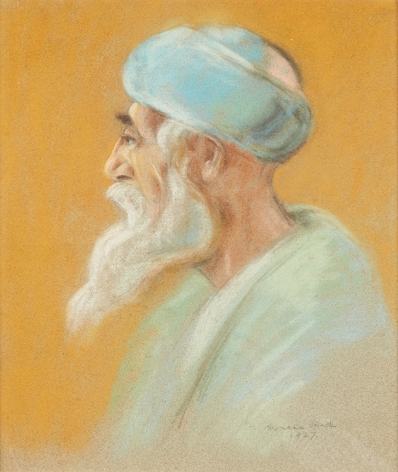 Beloosesky Gallery is interested in purchasing original paintings and drawings by Hermann Struck.
Please call (917) 749-4577 or email us at info@beloosesky.com

Hermann Struck was born in Berlin, Germany in 1876 to an Orthodox Jewish family. He was an artist and mentor who spent most of his time and effort focused on Jewish subjects. He studied at the Berlin Academy under teacher Max Koner and was introduced to the art of etching.  As was typical of many Jews of the time, he assimilated into German society, but never at the cost of his faith, remaining a practicing Jew throughout his life.

In 1899, upon completing his studies at the Berlin Academy, he was banned from teaching there because he was Jewish. He signed his work at this time with his Hebrew name, Chaim Aaron ben David, and a Star of David.

In 1900, Hermann Struck met Jozef Israëls, a Dutch artist, who became his mentor. Both were recognized as leading artists of their time. Struck joined the Zionist movement at a young age in 1903. In 1904, he joined the modern art movement known as the Berlin Secession.

In 1908, Struck published "Die Kunst des Radierens" ("The Art of Etching"), which became a seminal work on the subject. It was a textbook that offered both theory and practical instruction. Struck's students included Marc Chagall, Lovis Corinth, Jacob Steinhardt, Lesser Ury and Max Liebermann.

In 1914, Hermann Struck enlisted in the German army, where he was called upon to act as a liaison in varying capacities and was awarded the Iron Cross. He was also one of the founders of the Mizrachi movement, took part in meetings of the World Zionist Congress, and helped found both the Bezalel Academy of Arts and Design in Jerusalem and the Tel Aviv Museum of Art. During WWI, Struck served in the German army of Lithuania where he encountered Eastern European Jews and embraced their way of life (culture and art style).

Struck settled in Haifa, Palestine in 1923, where he depicted Jews and Arabs of the Middle East in his work. Most Israeli artists of the time were rendering the landscape in colorful hues. Struck’s etchings of town and countryside portray the landscape as a more barren place, sparsely dotted with vegetation and, at times, with foreboding skies.

Hermann Struck died in Haifa in 1944

Struck's home in Haifa has been open as the Hermann Struck Museum since 2013.

SOURCE
Biography from the Archives of AskART
Wikipedia

Arthur Ross Gallery at the University of Pennsylvania, Philadelphia